Yes, it's been a while dear Readers. 2015 has been a year of great changes already with more to follow. In April we listed our house in Pittsfield thinking we might get an offer by autumn but weren't in a particular hurry to move really.

However, thanks to our amazing realtor, we had multiple offers immediately and sold the house in four days. Oh.....but that meant we needed to find another home pronto. We had been looking for a while so had a pretty good idea of the housing market here in Albany, NY but finding a house quickly isn't easy or recommended. Two weeks later we put an offer on a house after looking at a bunch of them. We moved to a Marriott Residence Inn for a month in between houses which was interesting but I'd not want to do it much longer than that.

Now we are settling into our new home, a mid-century house in our ideal location with a large bright room that will make a wonderful art studio once the boxes are removed. Our house is a fixer-upper needing system upgrading, the things you'd expect in a house built in 1953 so I'm acting as general contractor and over-seeing all that kind of thing.

In the meantime at my current studio at NUarts, 311 North Street, Pittsfield - I am participating in open studios this Friday, August 7th during the First Fridays Artswalk from 5:00-8:00PM. First Fridays Artswalk is always a fun event and the weather is supposed to be perfect for a night out on the town.
﻿﻿﻿
I will be going back and forth between my studio and a group show of women artists in Gallery W at The Whitney Center for the Arts. I'm so happy to have been included in this group of talented local artists. There's an after party starting at 8:00PM at The Whitney, so do stop by for art, food, drink and great conversation.﻿﻿
﻿﻿

Susan
I am passionate about ART and how it impacts our communities for the better. Art is alchemy. Make art and make a difference! 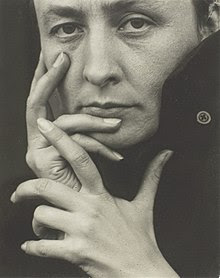 "I found I could say things with color and shapes that I couldn't say any other way--things I had no words for."

"Someone else's vision will never be as good as your own vision of yourself. Live and die with it because in the end that's all you have. Lose it and you lose yourself and everything else. I should listen to myself."

"In every painting there is all your life coming back at you."

"I've been terrified my whole life and I've never let it keep me from doing a single thing I've wanted to do."